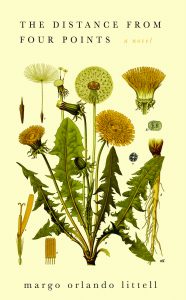 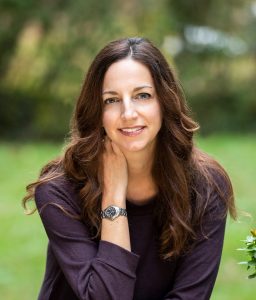 Robin’s pretty privileged life comes crashing down after her husband dies, leaving her broke and forced to move back to Four Points, the depressed and decaying town she narrowly escaped by marrying Ray. There were a lot of things Robin left behind in Four Points that she never planned on coming to light, but now, out of money and options, she and her daughter Haley’s only choice is to return to her hometown and old ghosts. In a small town, secrets refuse to stay buried.

She didn’t want to explain to Haley that the world is cruel for some girls, that even if they work themselves to the bone, in the end it’s sometimes just easier to sell sex. Sometimes the only choice available is between bad and worse. (17-18)

Margo Orlando Littell grew up in a coal-mining town in southwestern Pennsylvania. Her first novel, Each Vagabond by Name, won the University of New Orleans Publishing Lab Prize and an IPPY Awards Gold Medal for Mid-Atlantic Fiction.

I picked up this book because it is an own voices novel, and I was even more pleased when I read in the acknowledgements that,

“my research for this novel led me to purchase and restore a decrepit historic house in my Pennsylvania hometown.” (231)

This authenticity really breathes life into Littell’s characters and shows in the details and difficulties Robin has to overcome as a landlord, but it is her experience as a mother herself that really made the book sing. Everything about this conflict Robin faces is interwoven with her desire to be a good mother.

I think as mothers, we all have skeletons in our closets we’d prefer not to come to light, so watching the protagonist come to terms with her past helped me to reframe my own thinking about self-forgiveness. We follow Robin on that internal journey, as she travels from deep shame:

“Unlike Cindy, she’d never be able to live with all of her desperate mistakes.” (79)

“And how could she be a good mother when she denied any sort of past? She was flawed. She was scarred. But, here, she was whole.” (202)

The conflict is not really about the economic struggle or returning to the “have-nots” after living among the “haves” for over a decade, but rather the struggle to be a good mother:

“Then she [Haley] said, ‘So weird,’ and picked up her phone and walked away like the teenager Robin had sacrificed everything to let her be.” (214)

Littell’s love of her hometown shines in the people who inhabit Four Points—she has created complicated characters who come across vividly on the page—even some of the men that would be very easy to make into simple villains are more complex than that. Robin does not just forgive herself in this story, but also comes to terms with those who would not do the same for her. This is a wonderful novel for anyone trying to reconcile their present self as a mother with their past self as a daughter who was in desperate need of mothering.

Lara Lillibridge is the author of Mama, Mama, Only Mama (Skyhorse, 2019), Girlish: Growing Up in a Lesbian Home (Skyhorse, 2018) and co-editor of the anthology, Feminine Divine: Voices of Power and Invisibility (Cynren Press, 2019).